On this page, you will find all the information about the topic: Pain - in various phases.

Pain is a particularly difficult chapter.

There are different qualities of pain: pain in the conflict-active phase, as in angina or gastric ulcer, or pain in the healing phase, caused by swelling or edema, but also by scarring.

The pain in the conflict-active phase, such as the angina pectoris pain, disappears instantly with the conflict resolution. If you will, this pain can then be resolved psychologically (always assuming the conflict has not been active for more than nine months).

On the other hand, the healing pain, which in principle is something positive, can only be dealt with effectively if the patient understands the connections and adjusts to the pain as if it were a really great work that he has to do. Pain has a biological meaning in humans and animals. Namely, the whole organism and the organ is immobilized so that the healing can take place optimally.

Here, for example, in bone cancer healing, where the periosteum’s distension in the healing phase causes severe pain. These pains occur regularly during the periosteum stretching when the bone makes edema in the healing phase. They are a good sign and an essential process in biological bone healing because these pains force the individual to keep the affected part of the skeleton, which would be in danger of fracturing if stressed or functionally stressed.

The patient must understand: bone pain is, in principle, a good thing because it is a sure sign of healing.

Or the intraductal mamma-ca of the mammary ducts causes a painful pulling in the breast in the ca-phase, compared to the adenoid mamma-ca, which again only hurts in the final phase of healing due to scarring shrinkage. Women then speak of severe, even knife-like pain at the lump site, called scarring pain. This pain corresponds to the skin’s deep cerebellar pain, which we also find in the rest of the human dermis, especially strong in shingles during the healing phase.

There is also scar pain in the late healing phase, for example, in maintaining the pleural effusion after pleural cancer or in the maintenance of ascites, which is the healing phase after peritoneal cancer. Most cancers or so-called diseases are only discovered when they are already in the healing phase.

Even dental bone cancer also only begins to hurt only when the healing phase is just beginning. Similarly, with the tooth enamel holes, which cause only the healing of misfeelings with warm/cold and sweet/sour… etc., etc.

In the case of rheumatism, which is based on a brutal conflict of separation with pain infliction or pain disguise and numbness in the affected area, there is so-called hyperesthesia in the healing phase, a flowing pain, the so-called rheumatic pain.

On the other hand, the gastric ulcer and the bile duct ulcers, which are sensitively supplied by the sensory cortex center, cause pain and colic in the conflict-active phase.

The gout attack with severe pain always occurs when an active collecting tube-Ca and a resolved self-value conflict (leukemia) are present in combination simultaneously.

We should also mention the epileptoid crisis in myocardial infarction. In this crisis, the patient relives his entire conflict in fast motion, hence the intense angina pectoris pain in myocardial infarction. In conventional medicine, we have always believed that we had to “treat” this heart pain to make the patient pain-free. This was a big mistake. We were able to make the patient pain-free, but in the process, he died on us.

We had not known that this angina pectoris in the epileptoid crisis had its biological sense, all decisive for survival. Because the “proper course” of the epileptoid crisis also decides on the proper edema exudation and thus on survival. The vast majority of deaths in myocardial infarction occur during this epileptoid crisis. (But not to be confused with the angina pectoris pains. That starts with the DHS, i.e., at the beginning of the conflict-active phase).
Also mentioned are the various headaches: Migraine or even the dreaded trigeminal pain that occurs only after conflict resolution.

In general, all headaches are caused by cerebral swelling. Even if, in principle, every cerebral edema swells again. Because it is, like every bodily edema, basically only of a transitory nature. The patient can also die from the cerebral pressure before it would have receded again. E.g., if a very long duration of conflict or too great intensity of conflict and summation of several simultaneous perifocal oedemas, unfavorable localizations, and also with recurrences.

Or after a generalized self-value conflict, when then in the healing phase, the whole brain (cerebral medulla) is oedematized. When I once asked for a brain CT of a leukemia patient at a West German university, the doctors just shook their heads about what I wanted with such an unusual and superfluous examination. No patient shows more brain symptoms than a leukemia patient.

With Germanische Heilkunde®, we can now differentiate exactly to which phase of the disease the pain belongs, its quality, how long it will last approximately, etc. The tragedy is that patients usually only get pain when they are already in the healing phase.

In the case of “bone cancer,” this time is also always the beginning of a phase that is one of the most dreaded pains, although they are usually temporary. They can be very persistent and therefore require a high art of psychological care! The better prepared the pat. is for the bone healing pain, the easier it is for him to endure the pain. The greater the panic, the greater the pain.

The bad thing is that in the current medicine, all patients who have cancer and intense pain get morphine or a morphine-like drug.

This morphine can be lethal in deep vagotonia, even with one injection. It changes the whole brain vibration and takes away the patient’s morale completely. From then on, the intestines are also paralyzed, i.e., no food can be processed. The patient is will-less and no longer realizes that he is being killed when he was already in the healing phase and would have been healthy again in a few weeks if things had gone naturally.

Since pain is something subjective, each time the effect of morphine wears off, patients feel the pain many times more than if they had not taken morphine in the first place. As is well known, morphine doses must therefore be increased continuously. Therefore, the administration of morphine has always been a one-way street, a killing in installments.

Yes, don’t the doctors know this, they will ask? Of course, the doctors know this. But they take the dogmatic and comfortable standpoint: “Pain, this is the beginning of the end, there is nothing more to be done anyway, so let’s start shortening the matter right away.” The natural cure of cancer is simply ignored for dogmatic reasons so that cancer remains a mortal disease and can manipulate the immature patient.

But when the patients look back later on the relatively short period of pain, they are grateful that they were saved from morphine death. They would undoubtedly have succumbed after 2-3 weeks of morphine, Fortral, Valeron, or Temgesic in the healing phase.

Likewise, chemo can abruptly stop any healing process. Of course, the pain is gone, these moderate symptoms of healing, but the supposed successes lie only in the prevention of healing, and that at the cost of the most severe poisoning of the whole organism.

Until now, conventional medicine has not distinguished between the different cotyledons. Otherwise, an oncologist would have noticed long ago that chemo could only have any effect, if at all, in the healing phase – namely a stop of the healing.

The pseudo-therapy with cytotoxins (chemo) administered in such healing phases booked itself here unjustified symptomatic “successes.” These were bought with several disastrous effects: One is that chemo must now be continued on and on to prevent the return of healing symptoms (pain), which of course in bone cancer, for example, amounts to phthisis of the bone marrow and inevitable death of the patient. The second, the even greater danger is that with each round of chemo, the brain edema is pushed back, provoking the dangerous concertina effect. This radically reduces the elasticity of the synapses of the brain cells. The rupture and can lead to the cytostatic-induced apoplectic brain death of the patient.

The therapy, according to the system of the Germanische Heilkunde®, consists, therefore, above all, in explaining the connections to the patient. To make clear to him the mechanism of origin and course of his so-called illness. The patient does not need to panic anymore because if he has understood the system from the very beginning, or even before his illness, he will bear the predictable symptoms, especially those of the healing phase, without any worries. He knows that every single process is part of a sensible biological special program, which has been used by Mother Nature for our best. And he can now understand what is going on and what has to happen, and he also knows that 95% of the patients survive with Germanische Heilkunde®.

Fibromyalgia – Testimonial of the Germanische Heilkunde

Left-handed Woman Symptoms: Burning pain in arms and legs, but not like rheumatoid arthritis, but [...] 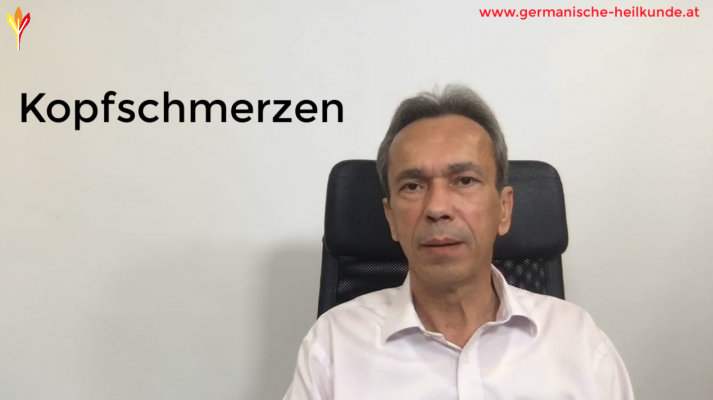 Stomach Ache due to Bullying – Testimonial from Germanische Heilkunde

Hello Helmut, The backstory: I (male, 39 years old, right-handed) am professionally quite specialized with [...]

Self-experienced, self-survived + relevant part from Dr.Hamer’s “Legacy of a New Medicine.” I got to [...]