On this page, you will find all the information on the topic: Ovarian Cancer left

HH in the cerebral medulla of the cerebrum occipital-basal right, in the immediate vicinity of the midbrain

Necrosis in the conflict-active phase is usually not noticed unless a reduced ovary accidentally falls under a histologist’s microscope. The necroses cause a reduced estrogen production and may cause irregularity of the period, so-called anovulatory abortion, or amenorrhea. In contrast to the cerebral indirect hormonal amenorrhea in a sexual conflict in the cervical relay of the left cerebral hemisphere, we can speak of direct hormonal amenorrhea (cell loss of the interstitial estrogen-producing cell) in the case of naturally also present HH in the cerebral medulla.

At the beginning of the healing phase, the ovarian cyst grew all over the neighboring organs, which was misinterpreted as “invasive growth.” This was basically only because the large cysts had to supply themselves with blood from the surrounding area. Once their own blood supply (ovarian cyst artery and vein) is secured, the adhesions detach independently. The cyst forms a firm, hard capsule, so it can be easily removed surgically if it interferes mechanically. The indurated cyst produces sex hormones. A fascinating phenomenon is so-called endometriosis, which, according to the textbook, always produces estrogen, and which could not be explained until now. They result from a ruptured ovarian cyst, which releases the concrete parts that have already grown by then into the abdominal cavity. There they grow, just as we used to think of “metastases.” There they form new ovarian cysts due to the 9-month cell division spurt inside them. 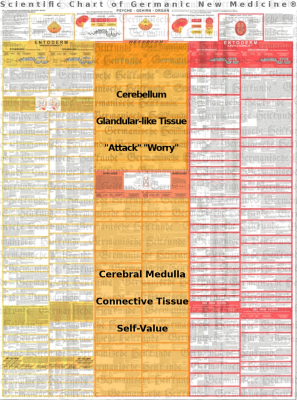 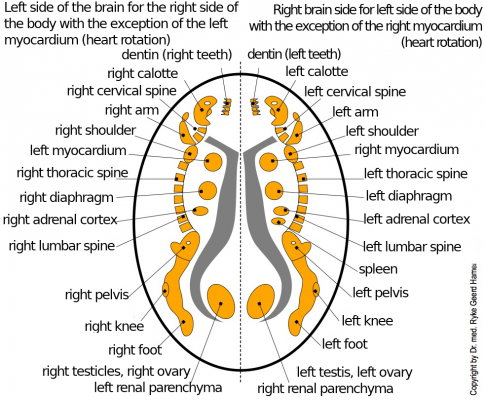 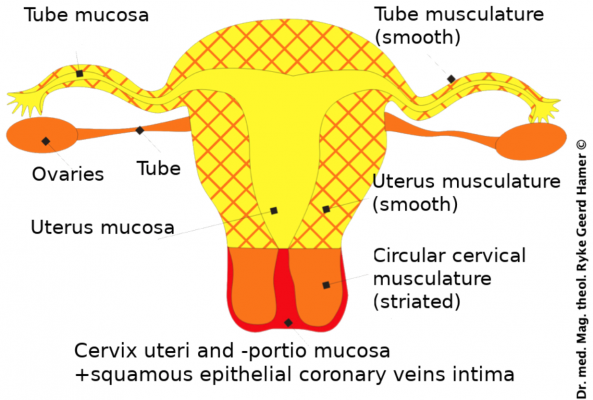