Organ Ovary - Symptoms according to the Germanische Heilkunde®

On this page you will find all the information about the organ: Ovary

The ovaries are controlled from the cerebral medulla (luxury group) and have a loss around human or animal conflict content. 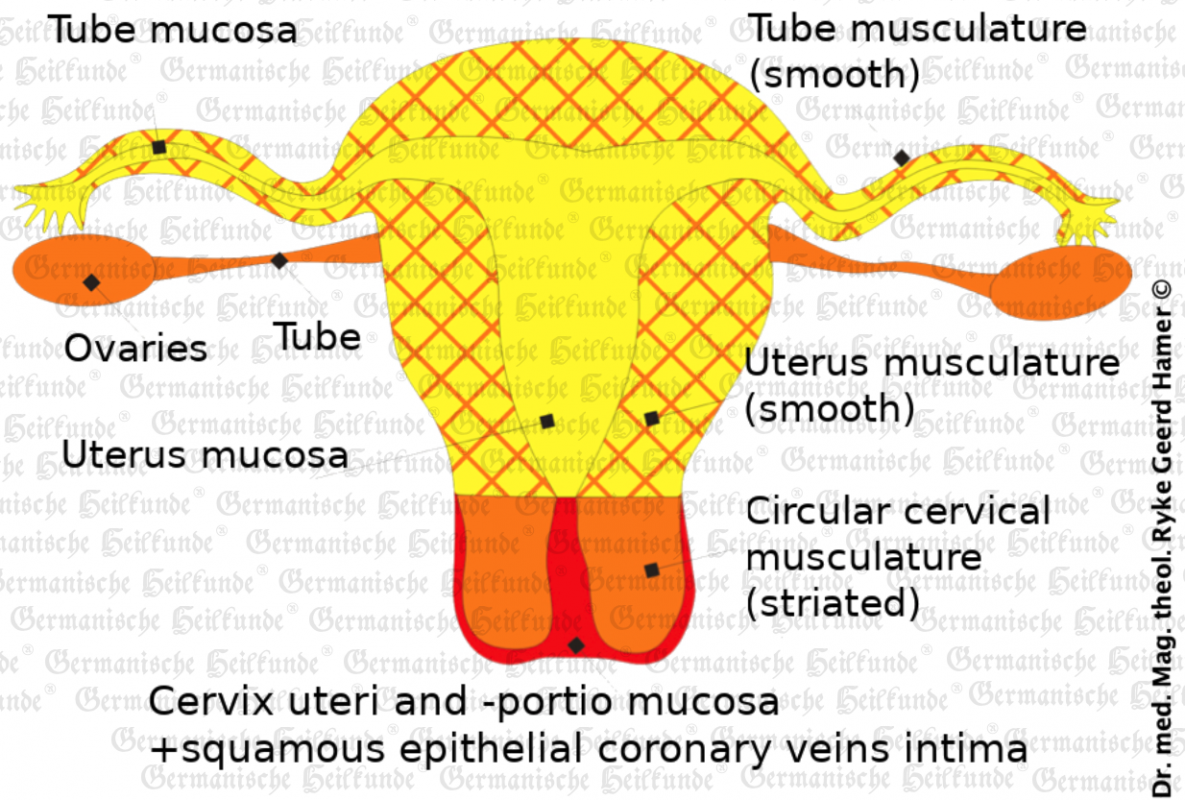 Ovarian Cancer (ovarian tumor) is a resolved loss conflict in which an ovarian cyst develops during the healing phase, initially in liquid form (“malignant”, due to cell division). After 9 months, this cyst has changed from liquid to solid, and then, in conventional medicine, it is considered “benign” because it no longer divides cells.

Ovarian Necrosis is the conflict-active phase of a loss conflict over a loved one or over an animal (something living).

Towards ovulation, the estrogens increase. The absence of ovulation can indicate ovarian necrosis, but also a sexual conflict in the left cerebral cortex region (coronary veins).

The teratoma (twin) is the cloning of mother nature. In case of a severe loss conflict about a loved one, this SBS starts.

A shrunken ovary is rarely diagnosed because it is rarely noticed symptomatically. In any case, the ovary necrotizes during the active phase of a loss conflict over a loved one or animal and becomes smaller as a result. Handedness is crucial.

Adhesions In The Abdominal Cavity

Adhesions in the abdominal cavity are also caused by a ruptured ovarian cyst (endometriosis) following a resolved loss conflict over a loved one or a beloved animal.