On this page, you will find all information about the topic: Multiple Sclerosis (MS) - motor and sensory paralysis.

What is multiple sclerosis?

All cells or organs that have developed from the outer cotyledon (ectoderm) show cell reduction (necrosis, ulcers) in the conflict-active phase or, in the case of the so-called cancer-equivalent diseases, only functional impairment or loss of function, e.g., paralysis.

They are called cancer-equivalent diseases because they do not show cancer tumors or necrosis in the conflict-active phase. These include diabetes, glucagon insufficiency, visual and hearing impairment, and motor paralysis.

In the case of motoric conflicts we have certain definitional difficulties, because here we see on the one hand only a loss of function, as motoric paralysis, but on the other hand we detect a so-called muscle atrophy at the success organ, the muscle, which belongs to the middle cotyledon.

Because the muscle is no longer innervated, it atrophies, so we have imagined it so far. However, it would also be possible that it is an overlapping process, which – concerning the outer cotyledon – is a cancer equivalent, i.e., it only makes a loss of function. Simultaneously, the muscle belongs to the middle cotyledon and belongs to the type controlled by the cerebral medulla, which makes necroses in the conflict-active phase. In other words, the muscle fibers perish, which is precisely what we would call muscle atrophy. We see this overlapping system in the female breast, where the mammary ducts’ ductal ulcer carcinomas align strictly with the mammary glands controlled by the cerebellum to the left and right breast.

This coupling, or perhaps we can call it a complex event, was indeed the reason for the incorrect diagnoses “multiple sclerosis,” whose “demyelinating foci” often involved the associated muscle groups and associated skeletal parts, which we had mistakenly regarded as the cause of the motor or sensory paralyzes.

It has long been possible to assign specific organs or organ innervations to the motor and cortical sensory centers. Likewise, one knew about the skin’s sensitivity and its control relays in the sensory cortex center of the two cerebral hemispheres. Unfortunately, this knowledge was strangely lost again because the neurologists incomprehensibly always looked for the MS in the cerebral medulla. They found these “demyelinating foci” shown in the brain CT or the NMR and these small plaques or glial condensations and considered them to be the cause of the so-called MS. Of course, that was wrong.

It is true that patients who have motor paralysis often also suffer self-value collapses due to this paralysis (organically: bone osteolysis). When they have finally come to terms with their paralysis and have resolved or compensated for their self-esteem collapse conflict, these small glial foci are found as the remnants of these bone relays in the marrow bed.

So we can state that MS never existed in the sense we had believed. Therefore, in Germanische Heilkunde® today, we no longer speak of multiple sclerosis, but of motor or sensory paralyzes, which we can exactly assign to the homunculus in the motor and sensory cortex center.

In the conflict-active phase, beginning with the DHS and depending on the conflict’s intensity, motor paralysis increases. Fewer and fewer or no impulses for the striated muscles emanate from the cerebrum’s motor cortex center. Individual muscles may be affected, muscle groups, or entire limbs. However, the paralysis is not painful. If the paralysis lasts longer, the danger of the second conflict and the schizophrenic constellation is excellent!

One of the most frequent secondary conflicts is the doctors’ diagnosis: “You have MS and will never be able to walk again!” or similar. Thus the patient immediately suffers the secondary conflict of never being able to walk again. This is most definitely caused by the patient’s belief in the “diagnosis,” which was not true, but through the belief remains stuck quasi as a posthypnotic engram, making him very difficult to access for therapy. About 70 to 80 % of our so-called paraplegics probably belong to this category. In such cases, one must always proceed criminally and find out exactly when which paralysis arose. It is no longer possible to simply dismiss everything that cannot be explained as paraplegia or crushing the nerve roots.

A little girl had suffered a tremendous DHS when she was inoculated paravertebrally between the scapulae with smallpox. The child was paralyzed in all four extremities shortly after that. Doctors mistakenly suspected a tumor in the spinal canal, i.e., incomplete paraplegia. As a result, the conflict was kept active because they were continually manipulating the same area.

Children who are born with paralysis have also suffered a severe conflict DHS intrauterine, which has hit the motor or sensory center.

Often, for the patient, the diagnosis of MS renders the first conflict completely irrelevant because his disease is now in the foreground. But due to the active second conflict, the paralysis then remains.

Now there are two types of paralysis

Motor, which we can assign to the motor cortex center of the gyrus precentral and sensory, which we can assign to the gyrus postcentral’s sensory cortex center, whereby here the path of afferent conduction is blocked. The conflict is the fear of not being able to notice or not being able to feel, i.e., the fear of not noticing a danger in time, which is deadly in nature; further than body contact loss fear, or abandonment (fear) conflict: conflict of being left in the lurch, isolation conflict: conflict of not having more contact with members of the family, pack, horde, herd, etc. These conflicts (with DHS) cause sensory paralysis.

If a resolution of the motor conflict occurs, then the target rings in the brain get edema. As a result, a motor function temporarily appears to deteriorate in this pcl (healing) phase. Besides, uncontrolled twitching sets in. Invariably, there is also an epileptic seizure with muscle spasms. Cortical epileptic crises, which originate from a HH in the cerebral cortex, may spread to the whole cortex and cause tonic-clonic convulsions, tongue biting, foaming at the mouth, and my tongue flapping, etc. In its essence, the epileptic crisis is a shock adjustment of the organism, trying to squeeze out the HH’s intra- and perifocal edema, because otherwise, the corresponding relay center will almost suffocate on the excessive edema, which means that the function is not guaranteed. After this epileptic crisis, muscle innervation slowly returns. After the resolution of a sensory conflict, the epileptoid crisis consists of an absence that can even go on for days without having an actual coma. Patients are semi-responsive, can eat, and then regain full consciousness without anything having been done except cortisone administration (to decongest the cerebral edema).

But there are also other clinical pictures with motor or sensory failures: In the so-called Parkinson’s disease, for example, the conflict is quasi permanently in solution but never comes to an end. We speak then of a “hanging healing,” which corresponds quasi to a chronic-recurrent conflict, only that the time distribution is another. So healing is permanent, only replaced by short conflict recurrences. The Parkinson’s tremor is a form of healing, more precisely, a healing of a motor conflict of the hand muscles (not being able to hold something). At night, the patient regularly re-dreams his conflict, only briefly but violently. The healing is 23 hours and maybe 58 minutes, the conflict recurrence is only 2 minutes, and this healing does not come to an end.

In facial paresis, i.e., paralysis of the facial muscles’ innervation, there is always an underlying conflict of “losing face” or “being made a fool of.” Often mistakenly referred to as a “stroke.” After resolution of the conflict, innervation of the facial muscles returns. Here, too, there is a risk of a secondary conflict since the patient now believes that he has “(apparently) lost his face” due to facial paralysis.

The difference to the so-called white or red stroke is that:

A white stroke occurs as paralysis (paralysis) in DHS, usually due to paracentral conflict. The patients are pale, cold, in sympathicotonia. So they are in the conflict-active phase.

The red stroke always means that the patient is already in the healing phase, and paralysis results from edematization of the motor relay. In this case, the HH may be located, for example, in the cerebral medulla below the cortex and involve the cortical relay only temporarily in the perifocal edema. Patients are hot, have cerebral edema, have appetite, sleep well, and a lot, so they are obviously in the healing phase, i.e., in vagotonia.

Sensory disturbances, which are usually only noticed if the patient also has paralysis next to it at the same time, are not necessarily due to a HH in the cortex, as in white stroke (active). Still, they can also result from edema under the cortex, e.g., in the cerebral medulla, and are only passive. (Caution, epilepsy).

Once again for clarification

No more motor code goes out as long as there is conflict activity. The conflict is the conflictive “fear of being banned,” the fear of not being able to flee or avoid.

The path of afferent conduction is blocked. The sensory center’s conflict is the conflict of the “fear of not being able to notice or feel.”

The motor and sensory conflicts are cancer equivalent diseases. They have a DHS. They have a Hamer Focus, and they show sympathicotonia in the conflict-active phase and vagotonia and cerebral edema in the healing phase. They both show functional deficits in the conflict-active phase. In motor conflicts with motor paralysis, we always see epileptic seizures in the recovery phase, whereas in sensory conflicts with sensory paralysis, we see absence.

Germanische Heilkunde® is not a doctrine of faith. Still, it is a new comprehensive biological view, provable and reproducible at any time and in any case, according to the rules of scientific categories of thought. Even the mental distinction between psyche, brain, and organ is only academically fictitious. In reality, everything is one, and one without the other sensibly not conceivable. 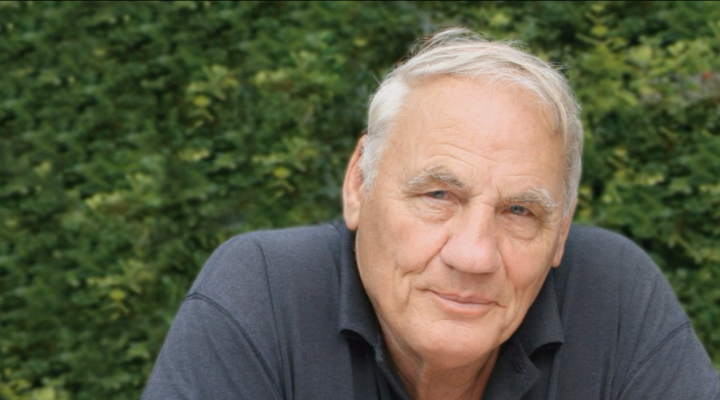 Today I’m going to write about how the terrible diaper rash ended for a two-year-old [...]