Headache on the right front of the Forehead

My son has had a hole in his tooth for months, and yesterday we had it closed with a filling. Of course, we had to drill it first.

He didn’t seem to have any problems with it, and he didn’t say anything about being afraid of drilling.

The filling was in quickly, and there were no problems or pain while drilling.

Ten minutes later, we were already getting into the car to go home.

While getting in, he says to me:

“Dad I have a headache!”

“On the right front of my forehead,” was the answer.

My next question was whether he was afraid of the tooth being drilled.
Yes, a little bit, was again the answer.

He had a tolerable headache for about 1 hour, and then everything was fine again. The period from starting at home to putting the filling was about 1 h.

I think realizing when leaving home (now it’s about to start) was his conflicting moment.

After that, I explained to him the frontal fear …

It is nice when parents already teach their children the laws of creation and thus immunize them against superstitious nonsense. 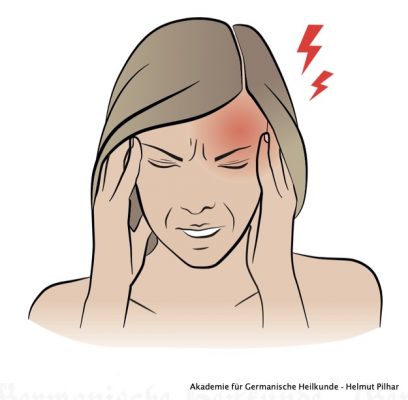