To Dr. Lothar Wieler, President of the Robert Koch Institute!

Robert Koch formulated pathogen detection in four steps.
1. isolate
2. cultivate
3. use it to cause the disease
4. re-isolate

In the above kla.tv report, you are accused of fraud. According to your conviction, the PCR test should be considered the gold standard. The PCR test detects the virus, according to your official opinion. However, this only fulfills the first of Koch’s four postulates, and the PCR test alone is by no means proof of the pathogen in the sense of Robert Koch.

The inventor of this PCR test, Kary Mullis, explains, “With PCR, if you do it well, you can find almost anything in anyone. The test does NOT tell you if you’re sick, or if what’s found is actually causing you harm.” Mr. Mullis emphasizes that his developed PCR test is for research purposes only (e.g., DNA detection in criminalistics) and not for diagnostic purposes.

These statements of the two men Koch and Mullis, should be familiar to you, Mr. Wieler, like the commandments of God. The Berlin Senate punishes them of the lie if you equate the PCT test with a pathogen proof.

(For the medical laymen to the info: A virus clinches itself into the DNA of the cell and can itself only by division of the host cell multiply and/or copy. If the PCR test is positive, this does not mean that the thing detected could reproduce itself and produce the same symptoms in someone else. And it does not mean that this thing has been re-isolated. A PCR test is by no means a pathogen detection! The fireman is not automatically the arsonist).

On March 12, 2020, you, Mr. Wieler, declared that you did not know any pathogens yourself. Your statement caused quite a stir. In the case of the foot-and-mouth disease pathogen, you only emphasize the fulfillment of Koch’s 1st postulate (this thing is found in all symptomatic animals), which also still does not fulfill the pathogen proof according to Robert Koch, but only the first of the four postulates.

According to the 4th biological law of nature of Dr. Hamer – the ontogenetically conditioned system of the microbes – can have fulfilled the ontogenetically conditioned system of the microbes – on the part of the conventional medicine neither with a fungus nor with a bacterium, the 3rd Koch’s postulate. There are these things (fungus, bacterium), but there is no pathogen. That a microbe should cause, a disease remains purely hypothetical even 100 years after Koch’s death.

These infection counts tell us nothing at all. The course of the stork population has only apparently to do with the course of the birth rate, but not causally. As is well known, storks do not bear children.

Mr. Wieler, you deceive guilefully if you now brand the fireman “proven” using PCR test as the arsonist. Mr. Mullis warned against the misuse of his invention.

With his 4th Biological Law of Nature, Dr. Hamer already buried the conventional infection theory 40 years ago. It is therefore disproved. In any case, it was merely a dogma that had been artificially kept alive for over 100 years. In fact, it was the profiteering of conventional medicine.

Mr. Wieler, you report directly to the Minister of Health, who unfortunately has no idea about medicine himself. Has this medical layman never asked you for an expert opinion on the corona pathogen? It is hard to believe. That would be a grossly negligent omission on the part of the minister.

I demand from you the correct pathogen detection according to Robert Koch and a public correction of the PCR test operating instructions in the sense of the inventor Kary Mullis.

Yours
Father of Olivia 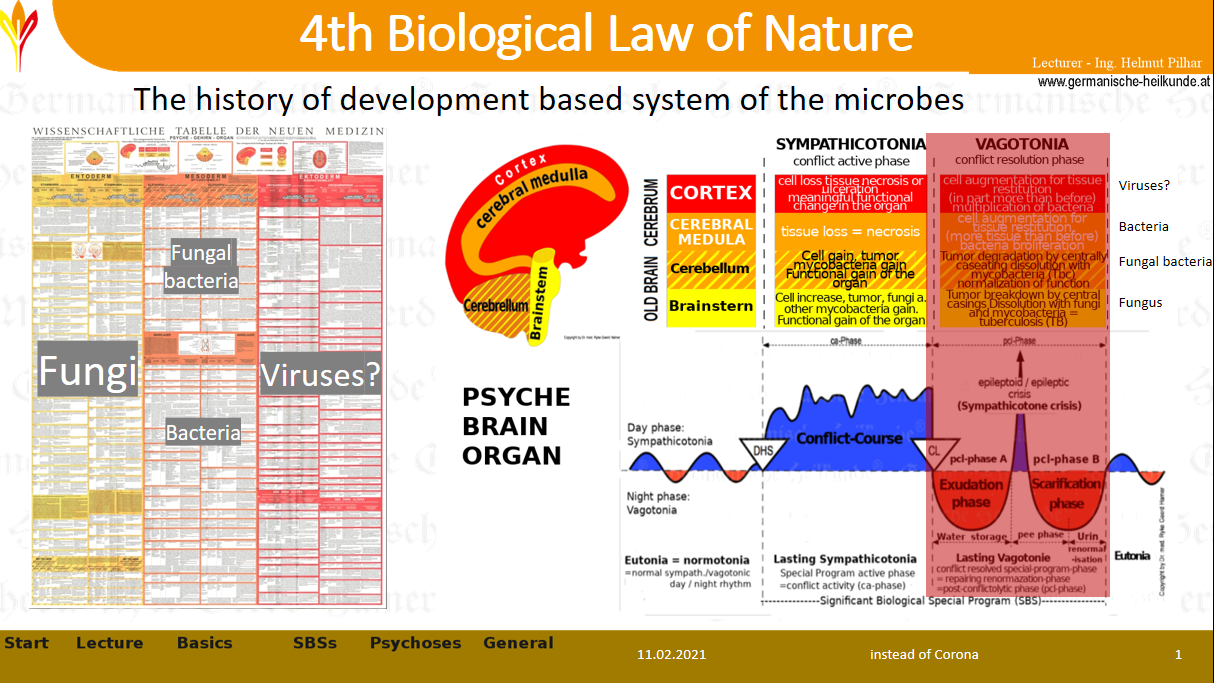