On this page, you will find all information about the topic: Facts in Germanische Heilkunde® - queryable, verifiable, reproducible

Since September 11th, 1998, the verification of Germanische Heilkunde®, which took place on September 8th and 9th, has been officially confirmed by the University of Trnava (Tyrnau).

The Germanische Heilkunde®, which consists of 5 Biological Laws of Nature, without additional hypotheses and is equally valid for humans, animals, and plants, is so clear and logically coherent that one could have easily, as one sees now, honestly and conscientiously always checked it on the next best case and of course would have had to check it, if one had only wanted to.

With the patient cases, which one wants to reproduce according to the Biological Natural Laws of Healing, the matter is in principle straightforward: There are three levels (psyche, brain, organs), which run synchronously, and there are two phases of illness, provided that the conflict is solved, in addition before the sympathicotonic, conflict-active phase a phase of normality and at the end of the vagotonic, conflict-solved healing phase a phase of renormalization.

So we have not only 4 phase sections on each of 3 levels, but additionally 3 distinctive points: DHS, CL, and epileptic/epileptoid crisis at 3 levels each, thus 21 criteria that we can interrogate, each individually, according to the 5 Biological Laws of Nature.

However, since the 5 Biological Laws of Nature together contain at least 6 criteria, including the histological criteria, the cerebral-topographical, organ-topographical. The conflict-colorative and microbiological criteria arrive if one can closely examine all 3 levels – at 126 verifiable and reproducible facts for a single case. It is astronomically improbable that only one patient case would show these 126 reproducible facts by chance because it is always the next best out of millions of possible cases. If a patient has only two diseases, which perhaps run partially parallel or successively, then the reproducible facts already add up to 252. The probability thus increases to almost astronomical probability values!

As an essential criterion, it enters into the calculation that the Hamer Foci (HH) localization in the brain is predestined. This means that the relay (one of several hundred possible relays) is already determined in advance. In the so-called disease case of Hamer Focus (HH), this relay must now have precisely the formation, which belongs to the corresponding phase. Mostly, however, the patients have several cancers or paralysis, diabetes, or the like. For every single so-called disease, i.e., Sensible Biological Special Programs (SBS), all criteria must be fulfilled again!

The biological conflict is synchronously at the same time, and at the same second, on all 3 levels struck, and they’re also ascertainable, visible, measurable!

Likewise, the DHS is neither overlookable for the patient in himself, he knows what a DHS is, nor is it overlooked for the examining physician. At least in the brain-computer tomogram (CT), the fresh sharp-edged shooting disc cannot be overlooked. And also, at the organ from the second of the DHS, new cells grow or cells meltdown, become holes or ulcers.

The number of the patients to be examined is almost unimportant since already 2 patients, with 3-4 so-called illnesses (SBS) each. Together, 600-800 interrogable facts result in an almost astronomical probability for the correctness of the Germanische Heilkunde®.

As is known, in the so-called medical science, one of the means or methods to gain facts is also the creation and evaluation of statistics. As long as facts are added together, statistics are legal. But where facts of different series are to be statistically causally linked, the matter becomes erroneous. Up to now, statistics have always been only a numerical summary of facts. The supposed causes were statistically added.

In retrospect, all the statistics of “medical science” had the shortcoming of moving only on the organic level. Even there, the law of the two-phase nature of the diseases remained unconsidered for lack of knowledge of the connections. Likewise, the psychological level and the cerebral level, the significance of left-handedness and right-handedness also remained unconsidered. Also, the statistics dealing with carcinogens have generally been compiled by conducting animal experiments. In the process, the experimental animals were denied psyche and intelligence. Thus one never asked for the specific biological brain code of the test animal species or even looked over to the behavioral research out of ignorance with the test arrangements.

What distinguishes Germanische Heilkunde® positively from conventional medicine is a higher natural science-based sensitivity for recognizing the difference between pure facts and interpretations of facts, which are then no longer facts in the strict sense. But have initially been only working hypotheses, which often appear in the guise of facts. This also applies to the field of diagnosis because here, too, there is a strict and neat separation of facts from the interpretation and evaluation of specific hypotheses of conventional medicine.

For example, if a diagnosis is “metastases,” this implies an unproven, even false hypothesis that any secondary carcinomas found are so-called daughter tumors of the primary carcinoma. The fact that there is a second or even third carcinoma is not disputed, not in principle, but the evaluation of this indisputable fact is.

The tumor markers are also facts that are not disputed as such. The only disadvantage is that they have the wrong name for the most part. This, in turn, means that the facts have already been freighted with evaluative diagnoses. There are non-specific, more or less specific, and specific tumor markers. The word “marker” can be adopted without hesitation. In principle, one could find such unspecific and specific markers for every cancer growth process or a healing phase of any cancer. The most unspecific of all is the blood cell sedimentation rate (BSG=BKS).

However, the previous medicine did not know how to distinguish between the conflict-active phase and the disease’s healing phase. Of course, it knew even less that there is a biological sense in one of these two phases. Thus, markers were developed that were elevated once in the conflict-active phase, and others elevated only in the healing phase. One applied to old-brain-controlled organs, the other to cerebrum-controlled organs. Thus the correct facts became wrong diagnoses or at least misleading because, in principle, all healing phase markers can also be called vitality markers. According to Germanische Heilkunde®, we have to learn to evaluate all these markers in a new and sensible way, which are indisputable as facts. We have to arrange them according to the different cotyledons and according to the two different course phases. Only then can they help us, and then they will no longer cause panic in patients.

Thus it is not surprising – if one has thought along up to here – to recognize that by the more exact and more natural-scientific, thus much more factors considering kind of the fact production. Dr. Hamer on 5 biological nature laws encountered and a new method of the therapy developed. It looks in such a way that for the patient for a diagnosis, production laboratory values, documents of imaging procedures (CT, MRI, Rö), etc., are just as necessary. In the therapy, which consists of conflict resolution, the patient can even calculate the course for himself, which gives him peace of mind and lets him find his way out of the panic.

In the verification of a scientific system with only 5 laws of nature and without a single hypothesis, the therapy, whose boss, in this case, is the patient himself, is included in the system. Because this is the unique thing in a scientifically reproducible system. One can also already calculate the course with some probability (under the condition that no new psychological conflicts or conflict recurrences occur). The course of therapy is thus practically part of the tested system. For those who judge exclusively superficially and do not take into account the enormous range of purely scientifically-empirically obtained facts, which form the basis for the therapy of Germanische Heilkunde®, this may seem utterly unjustified as absolute. However, on closer inspection, this turns out to be a lack of knowledge of the actual interrelationships. For the findings of Germanische Heilkunde® are not biased and self-absolving opinions in the social sense, but laws of nature rediscovered and recognized by Dr. Hamer, which certainly exist and function daily even without him, to the chagrin of many critics!

Just if conventional medicine credits itself so much on its alleged scientificness, it must let itself ask gradually whether it has not left the way of a natural science long ago, by not being able to leave or to change once taken ways, e.g., in the cancer therapy – despite statistically proven insufficiency -, thus setting itself dogmatically and without natural-scientific basis absolutely!

Thus the conventional medicine with its fixation on its other view of cancer (cause, therapy) with Dr. Hamer has obviously overlooked that Dr. Hamer in the real sense carries out a linkage of the biology with the medicine, which includes all living beings (animals and plants) long ago.
With this dimension of knowledge, it seems irrelevant to point out that Dr. Hamer, who essentially criticizes oncology, does not object to emergency or accident medicine’s technical achievements. Anatomy; surgery (with the exception of specific cancer-surgical indications); emergency medicine; pathology (with the exception of the diagnostic conclusions “malignant”/”benign”); internal medicine: diagnostics or all departmental diagnostics of all other departments of medicine; topography; radiology; balneology; biochemistry; physiological chemistry; human biology.

To correctly understand the laws of Germanische Heilkunde® in all diagnostic, scientific, therapeutic, and general human consequences, system-immanent (co-)thinking is indispensable as a prerequisite! Exactly this thinking along has always been refused on the part of conventional medicine up to now! 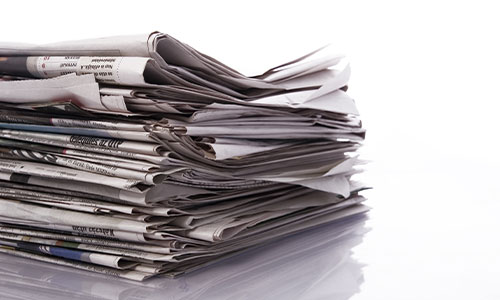 Forecast about the future of the Germanic New Medicine

In the following document, I will forecast the Germanische New Medicine’s future from my point [...]