Changes in the skin

On this page, you will find all the information on the topic: Changes in the skin

There is the corium skin and the outer skin

According to the findings of Germanische Heilkunde®, which are based, among other things, on the ontogenetic system of tumors and cancer-equivalent diseases, there are two types of skin, which lie on top of each other but are of entirely different histological (cell) formation. They are also originally and partly still have completely different tasks and are controlled by utterly different brain relays.

Also called subcutis is controlled by the cerebellum.

One of the appendages of this corium skin is, e.g., the female breast, namely in principle the whole so-called mammary gland, as it is formed in animals in two rows from the top to the groin.

The melanoma had initially been the sense and the task (originally means, when our development-historical ancestors had no other skin except the dermis) to delimit at the same time the individual integrity to the other individuals, as well as to communicate with the other conspecifics (child or partner).

If the individual’s integrity was impaired by an attack or disfigurement, to such an extent that a biological conflict was triggered, the individual built a protective wall at the place where it had been attacked (adenoids = hindbrain-controlled carcinoma). It reinforced, as it were, the wall to the outside.

This local protective wall we used to call melanoma or amelanotic melanoma. We see melanotic melanomas when a mole is accidentally included in the localization of the feeling of disfigurement.

The moles are residual islands of our skin containing melanophores, which once covered the whole body with pigment against excessive sunlight. This is still the case today with the people of color, who certainly reflect the original state of human beings better than the so-called whites or pigment less people. According to this, the people’s homeland was in the subtropical climate, where there was no need for clothing.

The melanomas grow, as said, with cell proliferation in the conflict-active phase. In the conflict-relieved healing phase, they usually are degraded and resorbed by fungi or fungal bacteria through caseation.

However, it also happens that, for example, a pubescent feel sullied. Especially on the face, and suffers so-called acne: Small melanoma islands of the corium skin, which he can push outward.

Conventional medicine had not recognized anything. Above all, not that the corium skin and the epidermis, as far as cell multiplication or reduction is concerned, behave in opposite ways in the respective conflict-active or -resolved phase.

Due to the lack of understanding of these relationships, which were first described in Germanische Heilkunde®, no dermatologist has ever seen more than just symptom behavior. Therefore, his therapy was always only “symptomatic,” i.e., ointments, powders, tinctures, and in the worst case, surgery far away in the healthy tissue.

The outer skin (epidermis) has an upper side and a lower side. With the underside, it borders on the corium. The upper side is what we can feel like the outer skin. This outer skin consists of squamous epithelial cells controlled by the sensory cortex center of our cerebral cortex.

In a conflict shock of being separated from the child or partner, we observe ulcers in the skin. However, we can usually only recognize as such microscopically. But we can feel that the skin there is no longer velvety soft but rough. We also call this disease neurodermatitis (conflict-active!).

In the healing phase after the resolution of the biological conflict, the skin swells, what we call exanthema, with edema formation, and the ulcers slowly fill up again from the bottom with new squamous cells.

We see the same process as on the outside also on the inside, i.e., towards the dermis: If we have ulcers there, i.e., lesions of the skin, then this always impresses us as so-called vitiligo, because there the pigment-containing squamous epithelia are degraded as quasi invisible ulcers, whereby the white spots arise (white spot disease). I.e., we have an intensely pigmented melanophore layer in the corium and a weakly pigmented melanophore layer on the underside of the squamous epithelium.

The biological conflict of vitiligo is always a brutal separation from a person with whom one was emotionally very close, in a very ugly way of separation. For example, when a young girl is told that her father had an accident with his motorcycle and his brain was lying on the road.

These two types of ulcers each have separation conflict as the cause of the biological conflict. The separation has a very high value in the animal kingdom. It takes even in the human brain the 4 to 5-fold space of the motor activity because it regulates the individuals’ entire social behavior.

Where do the changes of the skin take place?

The localization of the ulcers is conditioned by the nature of the conflict or the content of the conflict: e.g., our infants, who are all dressed in rompers, virtually all react with neurodermatitis of the cheeks when a biological separation conflict occurs because there the contact with the mother breaks off.

The hairs are quasi reworked squamous epithelia of the skin. A young person, whose grandmother always stroked his hair with her hand, reacted when the grandmother, whom he loved very much, suddenly died unexpectedly with alopecia aretata, i.e., with a circular balding in the middle of the head. Only when he was able to resolve the conflict did the hair begin to sprout again.

Apart from the separation conflict, there is also the reverse with us: One does not want to be touched by a person. We then react with a so-called neurofibromatosis, i.e., nodes under the skin. Nobody knows precisely whether this is initially a squamous cell proliferation or only a so-called schwannoma, i.e., the connective tissue covering of the nerves. In the latter case, histopathologists consider this picture as neurofibromatosis. However, this means that the body would like to virtually swallow the undesired touch to prevent it from reaching the brain in the first place.

Example: A father who abused his daughter for years always touched her with one hand on the back of her head and with the other on her thigh. Neurofibromatosis nodes (also called Recklinghausen’s nodes) appeared in precisely these two places.

Basal cell carcinoma is a so-called keratinizing squamous cell carcinoma. According to our nomenclature, we would call it pendulous healing of a circumscribed ulcer process.

We refer to hanging healing as a process that is always resolved but never quite finishes healing. A small conflict recurrence, for example, in the form of a more frequently recurring dream, intervenes before the healing is completed. As a result, a specific healing spurt with a new formation of keratinizing squamous epithelial cells remains. Such a process is called basal cell carcinoma of the skin. It is evident that it has nothing to do with sun exposure or improper nutrition.

A notable example was always the pipe smoker basalioma. For example, the grandfather was virtually separated from his pipe now and then in this basal cell carcinoma, if he had left it somewhere.

This much can be said: The whole dermatology has to reorient itself because it had so far quasi no scientific basis but was more or less only a symptom-oriented subject. Simultaneously, the symptoms were always wrongly classified. We always considered the healing or blooming of the exanthema, eczema, or neurodermatitis as certain diseases or disease aggravations. At the same time, we believed to improve a conflicting activity with ulcers, which was precisely wrong.

According to Germanische Heilkunde®, everything arranges itself in a sensible, logical way because we can now understand and treat the “diseases” in a causally oriented way. Still, at the same time, we learn to understand the overall process systematically.

Today I’m going to write about how the terrible diaper rash ended for a two-year-old [...]

Breastfeeding side effects? I am a mother of 2 sons. I have known Germanische Heilkunde [...]

Hello Helmut, Today I would like to send you another report about my experience. It [...]

Dear Helmut, Now our golden treasure is four months old, and I remember well when [...]

Hives because of Neighbor – Testimonial of Germanische Heilkunde

Dear Helmut, A recent experience has amazed us as a family how precisely our body [...] 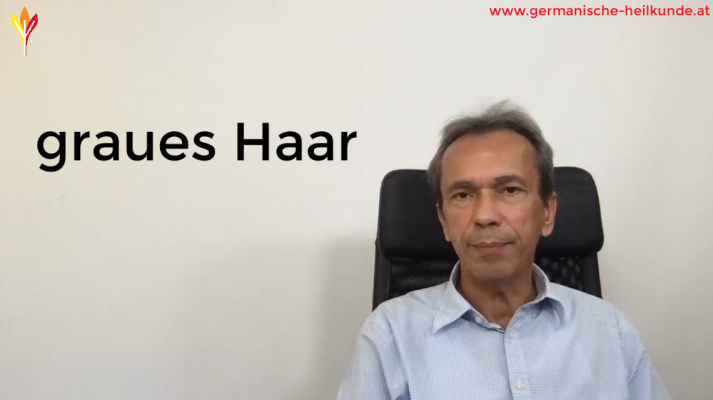 Dandruff on the head because of a Girl – Testimonial – Germanische Heilkunde

I suffered from very severe head dandruff at times since my school days (third-grade secondary [...]